For that Special Gift when you are not sure what to give: Make it a Personal  Gift Certificate.

RoadTrucker: More About Us

We would like RoadTrucker® to be more than just a company you do business with.  We hope that you will see us as a family who has the Trucker's best interest at heart.  Most importantly, we want you to know us as friends.  Anytime you have an idea that can improve RoadTrucker®, please do not hesitate to Write Us and let us know.

If you see a problem with RoadTrucker®.com, write us and tell us about it.  We will send you a little gift to say thank you.  And yes, if you have any questions about us, feel free to ask.  We are here to help and to make the Trucker's life a little easier.

In November of 2003 Frank Oddo's sister, Tina, asked him for help in creating a new website business selling coffee makers, heated blankets and other 12-volt appliances to truckers. Using a 12 page wholesale catalog geared toward truck drivers, Frank created a small 34-page website with 113 products, called RoadTrucker.com. In the first few months, the business did very poorly because of lack of experience and the high number of pitfalls that can plague a new business. In January of 2004, Tina became frustrated and decided to quit, leaving Frank to run the business by himself.

Believing that one should finish what they start, Frank continued to learn and work on the business, until finally making a profit in May; and finishing 2004 with sales of almost $50,000 US (Php2,000,000 plus). 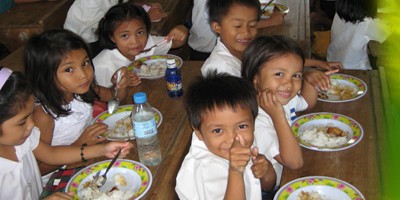 Frank worked on the business alone for most of 2005, until November, when Marissa Inot Bontia, Frank's Fiancée of 4 years came to the US. The following month, on December 29, 2005, Marissa and Frank were married, with plans to fly to the Philippines and remarry on February 14, Valentine's day, 2007, exactly 5 years from the day they first met at a Valentine's day dance in Combado, Daanbantayan, Cebu.

Almost immediately, Marissa started to take over the operations of RoadTrucker to help Frank who was also working full time for General Electric, as a System′s Analyst and Project Manager. She was already comfortable on the computer and although a little shy, forced herself to answer customer phone calls, enter orders and answer customer email inquires. She taught herself how to process credit cards and took it 1 step further by introducing fraud prevention techniques like AVS checking and reversing the IP address, which reduced theft down to zero, saving RoadTrucker several thousands of dollars. Marissa also helped to scan photos for the website and filled in as RoadTrucker's super model, posing with products in order to add a personal touch to the website. Marissa's work, freed the time necessary to allow Frank to continue to develop the business by expanding the market to include recreational vehicles, campers, boaters, travelers, or anyone with a 12-volt battery. New products were added like 12-volt Coolers, Freezers, and TVs. Other products specifically directed toward the Truck Driver, like logbooks, chrome stacks, LED lights and specialized truck locks, were also added. Marissa's only request was that she could help the local school in Libertad by purchasing notebooks for the children. After talking over the need with Elmer, Marissa′s brother, who pointed out that the need went far beyond notebooks, Frank and Marissa agreed, they should share their blessings and also provide free lunches for the 90 children attending.

In June, Marissa's parents, Gonzalo and Flor Bontia, offered Frank and Marissa land to build an extension on their home; making a place they could stay when they visited the Philippines. Marissa and Frank graciously accepted the invitation and built a large air-conditioned room with an added bathroom. Sales continued to grow to $113,000 (Php5,650,000) in 2005 and $350,000 (Php17,500,000) in 2006. Marissa was added as a full partner and assumed the office of Vice President of Operations. Frank and Marissa made the decision to start a charity so as to reach more children and committed 10% of RoadTrucker's profits to supporting the new charity, named Marissa's Kitchen. See the rest of the story on Marissa′s Kitchen′s website, http://www.pinayfreelunch.org. 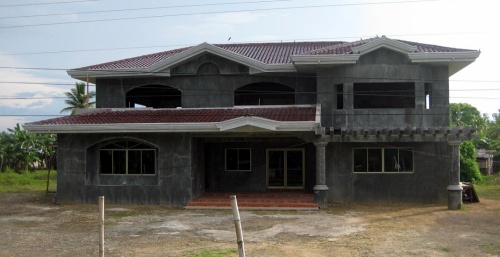 In February of 2007, Frank kept his promise to Marissa and they were married in Daanbantayan, Cebu on Valentine's day. A family member offered a hector of land for a very reasonable price; and Marissa′s Brother, Elmer Inot Bontia, who was a councilor of Bagay, assigned to Libertad, asked if there were any way, RoadTrucker could use that land to provide badly needed jobs for the community.

Elmer was very convincing and Frank and Marisa decided they would start a Philippine business and hire college graduates from Cebu Roosevelt Memorial Colleges (CRMC). Three new computers and desks were added to the extended room and RoadTrucker Inc. Philippine branch was born.

The business was founded on the belief that a Company should be responsible to Team members and their community, as well as to making profit; and that every Team member should maintain the highest degree of Honesty and Integrity in all that they do. The "purpose" of business should not be to make a profit. It should be a higher ideal. The "Purpose" of business should be to increase the quality of life for the participants in the economic community, with profit, as it's primary "Goal".

RoadTrucker Inc. has continued to grow, and support Marissa's Kitchen, now providing free lunch for 450 plus children. US Sales are expected to be about Php25 Million for 2007.

What does the future hold for RoadTrucker Inc. Philippine branch looking out past 2007? Naturally our goal is to increase sales, hire more Team members and set an example that we all can be proud of. But the real future will depend on our Team members who set our course. 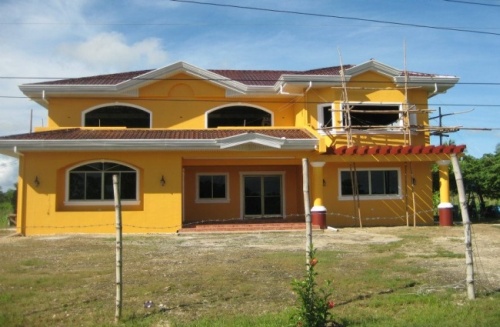